With D&D becoming more and more popular these days, it was inevitable that a new video game would grace our monitors once again. It may have come as a shock to fans of the series when recently the trailer for Baldur’s Gate 3 was released.

It has been 18 years since 2001’s Baldur’s Gate 2:Throne of Bhaal, the sequel to 1999’s Baldur’s Gate:Tales of the Sword Coast was released from Black Isle Studios. 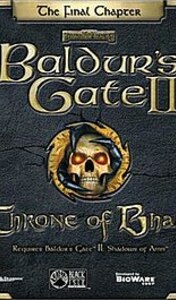 Fans have been itching to revisit the fabled Forgotten Realms city and when the BG3 title, The Black Hound was cancelled, the roars of rage could be heard all across Toril. The new BG3 game, developed by Larian Studios is rumored to have a 4Q 2019/2020 release date, but nothing has been confirmed yet.

It has been said that it will release on the new Google platform, Stadia, as well as on PC, but there is no news of other platforms as of yet. Larian Studios says that the game will be non-exclusive to any one platform. PS4, X-BOX ONE, and Nintendo Switch players keep a look out for it in the future. I for one am looking forward to adventuring through Baldur’s Gate between dice rolling sessions.