When this video came out I could be heard screaming from literally miles away. Bandai Namco's new teaser for Code Vain is a dark, artistic video release of their name game that is a dungeon exploration-type, hard action RPG. As if Dark Souls didn't give us enough tears and self-bashing with it's extreme take on the gritty, dark fantasy games that we've come to masochistically love. Code Vein first released it's rather short but sweet video and an official worldwide reveal set for April 20th.

Code Vein is a game where you play as a Revenant, that being a vampire with some pretty epic abilities. You will take on the world with the aid of your allies and in order to survive Revenants live within a society called the "Vein". An isolated place where other beings live together that has transcended humanity, the downside being they've lost their memories.

But be warey, if you become short on blood Revenants turn into feral-like creatures called the "Lost." These unique vampires commonly fight with close range weapons, great swords, one handed swords, even hammers and spears. The game fits into a genre called "dramatic exploration action RPG". Sounds pretty dramatic, huh? There is a buddy system, where buddies act on their own but allow you to explore areas otherwise difficult to explore on your own.   The game looks promising, and honestly, I'm gonna go fangirl for a few more hours over it. 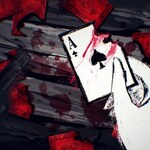 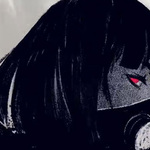