Sierra has recently revealed that the third installment of their game King's Quest will be launching April 26th.

This chapter titled "Once Upon a Climb" will be available worldwide on PS3, PS4, Xbox one, Xbox 360 and on PC Via the Steam store. This chapter will focus on as a romantic comedy that features a beloved character from the series' classic beginnings: King Graham's wife and Gwendolyn's grandmother, Queen Valanice.

As we now know the story of Graham rescuing his beloved betrothed is a bit more complicated than the tale we know of him swooping into the wicked witch Hagatha's tower. So how are they going to spice things up for us? Developed by The Odd Gentlemen, this epic tale is based around returning the game to the very classic spirit of wit and wonder that originally launched the adventure gaming franchise over 30 years ago.

As an old King Graham looks back on a life of deeds and daring with his curious grandchild Gwendolyn, players will experience first-hand the most incredible untold stories of his long reign over five endearing chapters. 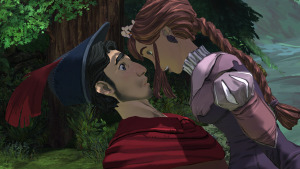 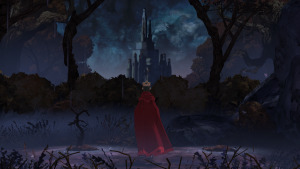 King’s Quest: The Complete Collection (a bundle* including all five chapters and a bonus playable story epilogue) and the King’s Quest Season Pass (a bundle* containing Chapters 2-5) are now available through the PlayStation®Store, Xbox Games Store and Steam.