WizKids yesterday released the new Mage Knight Boardgame, a strategy-game about conquest, fame and magic. As  Mage Knights, the players marching toward the capital of Atlantasia figthing enemies and each other along the way. 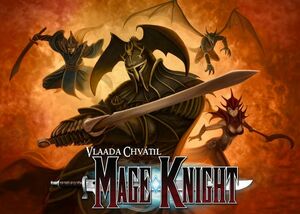 At December 7th WizKids released Mage Knight Boardgame as well as the Lord of the Rings HeroClix we mentioned before to appease a big number of players. Designed by Vlaada Chvátil, Mage Knight caused a biinterest in the boardgame community, and it seems to be widely regarded as a very successful design.

While for the first look the new boardgame could seems to be the resurrection of the old Mage Knight brand, it is not connected to the original game, only in it's backstory. So, fans of the old miniature game maybe feel a little bit let down, but I think most people will be happy with the direction WizKids take with their brand.

The renowed designer Vlaada Chvátil done something unique with the game, as he mixed elements from different deck-building games with a strategy game about exploration and warfare, creating an experience not like any other game I know. This may not appeal to everybody, but it's definetly not something you already seen the way presented here.

The game is played by a maximum of four players, eack of them a Mage Knight directed by the Council of the Void. Their final job is to eliminate the Atlantean Empire, which is depicted through several competitive and cooperative scenairos. All of the four different Mage Knights received an own background story and motivations witch set them appart, be them warriors, elven nobles, blood cultist, or evolving draconium monsters. Each player owns a deck of deed cards, showcasing a collection of tactics, equipment and spells available to them, as well as several markers and tokens to represent collected magic power, hired units and special skills. From turn to turn the players struggle to increase their assets, as well as collecting fame (victory points) to take final victory.

The world of Mage Knight is filled with monsters, magical locations and different settlements, where players have a great effect on the world around them. Do you learn from the monastery, or try to burn it to the ground to get the artifacts guarded there ? Do you rob the village where you stay for the turn ? Do you avoid the acient ruins, or wander it's streets ? All decision you make have a direct effect not only on the assets available to you, but as well as on your reputation and fame.

While fame is mostly important for the final victory, reputation affect gameplay through modifiing your influence in ceratain situations. While both destroying a marauding orc horde and conquer a keep could increase your fame, the later would decrease your reputation, which in turn makes it harder to you to get new units to join your army. For several extremely foul (or dangerous) act your units may even reject to acompany you, leaving you to fight for yourself alone !

Another very important aspect in the game is the usage of magic runes. You may use the 4 basic and 2 special types of mana to empower abilities to use their stronger effect, or to casr powerful spells. Gold mana used throught the day could be used as a "joker" to replace any of the four basic mana, whil black mana could empower spells beyond their normal limit during the night. Mana by the way could be gained from a limited central pool, or from different advanced abilities and magical places.

I wish a great success to Vlaada Chvátil and WizKids with the Mage Knight brand, and I hope more products will appear in this brand.

You may check the product homepage here, or you may chech the information page about it at BoardGameGeek. 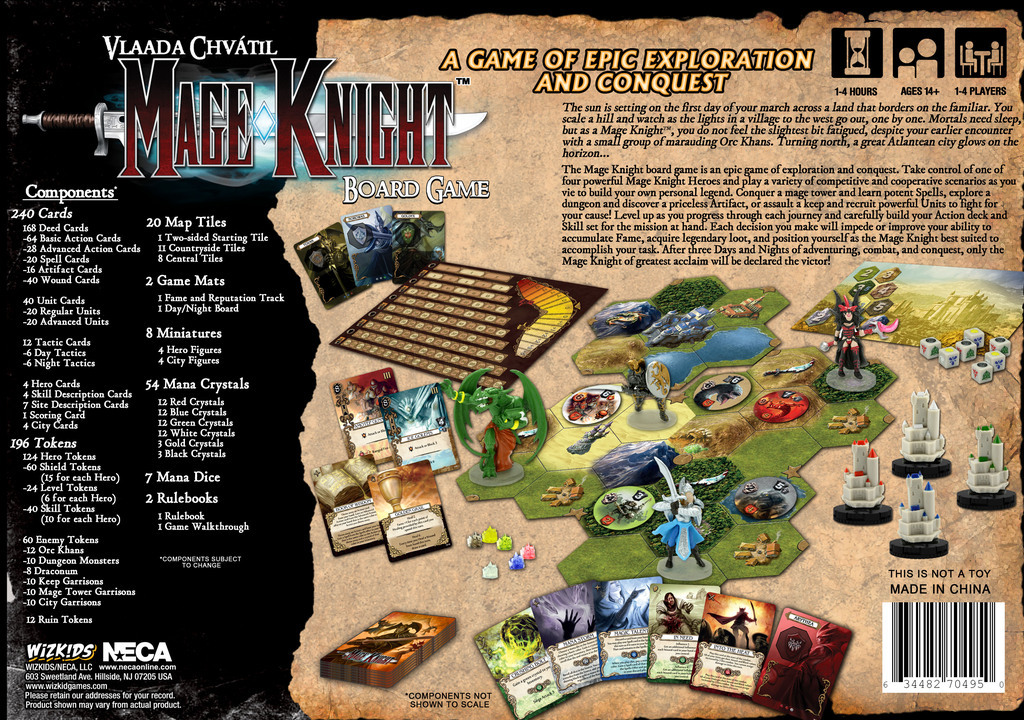