Lately there have been a lot of shame and woe in the way of vampires and vampire related books, movies, or games. I constantly find myself hearing the word "vampire" and wincing painfully. However, that is not the case when I watched the cinematic video for Reign of the Accursed. Reign of the Accursed is a horror tabletop RPG, in this rpg you will be able to take role as an immortal-bloodthirsty creature known as "accursed".

The plot has kind of a Lestat-Ravenloft feel to it and though the core of the plot is similar ones we've seen before, they do a great job at putting a uniqueness to it with their own world and immense detail. The immortals once ruled but as humans usually do, they didn't like that much and rebelled. Driving the tyrannical immortals to the brink of extinction and into hiding. They slowly faded into the history books, and then were pushed back out of the history books, erasing their existence from record and human knowledge. They know walk through the streets as what was once their slaves, and now only their prey: Humans.

There are 10 orders that the accursed belong to, they all were sired by a single father who ruled over the entire realm, upon his disappearance they split the realm and now vie for more power against each other. If one ruler finally reigns supreme, the accursed will reveal themselves and once again take their place as ruler and attempt to reign over mankind once again. Though the turmoil inside even the societies is thrown into more disarray by the few orders that do not care for the accursed society and the rules that it has put into place.

The artistry that they've featured in their cinematic video is stunning, and the video was interesting to watch for the little over six minutes it played. They have a kickstarter coming up soon, but you can check out their site  or their facebook below. And, before I let you do that, I leave you with a small snippet of one of their miniature designs. It's badass. 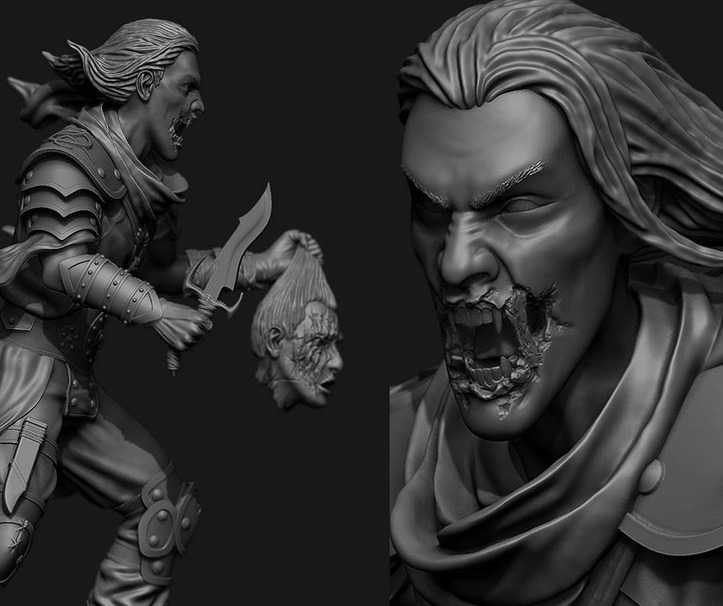 You can support and watch for their kickstarter at the following links! Website: DeadEyeShadeGames.com Their Fb: Reign of the Accursed